This was the 46th running of the Double Dipsea, and the second time for me.  I ran it last year when Brazen Racing co-hosted the event with founding organization, the Dolphin South End Runners.  The actual course is 14.2 miles / 23 km and involves a climb of 4500ft / 1372m.   It’s an age handicapped race, so the 80 year olds start at 8am and the rest of the runners go out in waves, with men age 39 and under taking off at 9:01am.  I’m not a fast runner, so my time last year was 4hr 17min.

The race started at Stinson Beach... I missed my start time by 15 seconds because I was so busy volunteering my time as a photographer that I completely forgot about my running hat, so I ran back to the car to retrieve it. Almost immediately, we started climbing up Insult Hill to the first aid station, also appropriately called Insult, which is only one mile into the race, but an approximate climb of 600 ft.  Already I was thinking, “13 more miles…?” Along the way the fog was pretty thick, so many runners would be swallowed up by it in the distance. Once out of Insult Aid Station, you meander long a trail for another two miles and climb about 700 ft up Cardiac Hill to Cardiac Aid Station. After Cardiac Hill, you fly nearly straight down for two miles, mostly on root-infested trails and single track, descending about 1150 ft. Crossing a small stream where salmon are spawning, you finally reach the Muir Woods Aid Station, which is also mile 5 of the race. Pulling out of Muir Woods Aid Station … another uphill climb! 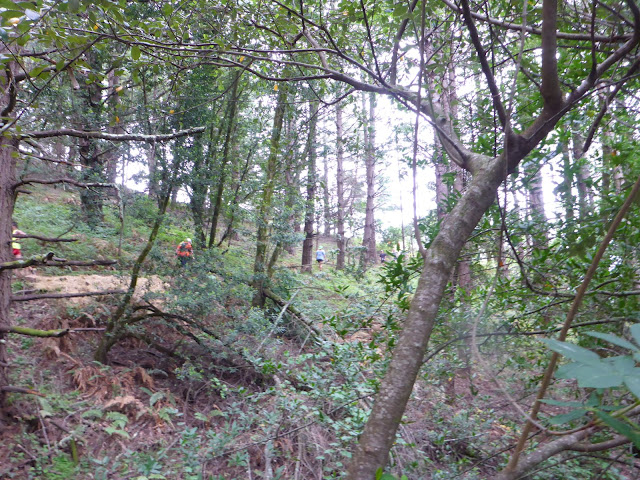 This time up Suicide Hill to a spot called Windy Gap.  Not sure who gave it the name Suicide Hill, but with steps and single track, the name fits.  You’ve got steep drop-offs and the faster runners coming back at you.  Gotta find a spot to stop and let them pass, or zip from spot to spot when there’s a break.  Thankfully, most of the faster runners were courteous to slow folks like me as they flew by. 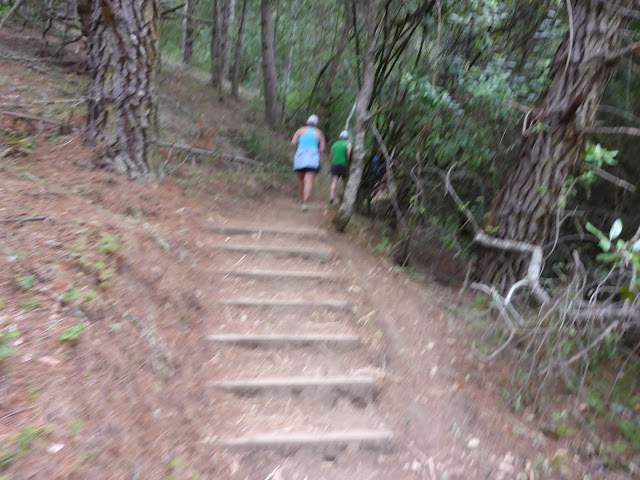 At the top of Suicide Hill is Windy Gap, so it was a 600 ft climb up from the Muir Woods Aid Station, and then it’s down the infamous Dipsea Stairs.  Three different sections of stairs leading down into Old Mill Park Aid Station in the western portion of Mill Valley, CA.  This is mile 6.9-ish and the turnaround.  This is also near the traditional starting location of the single Dipsea. 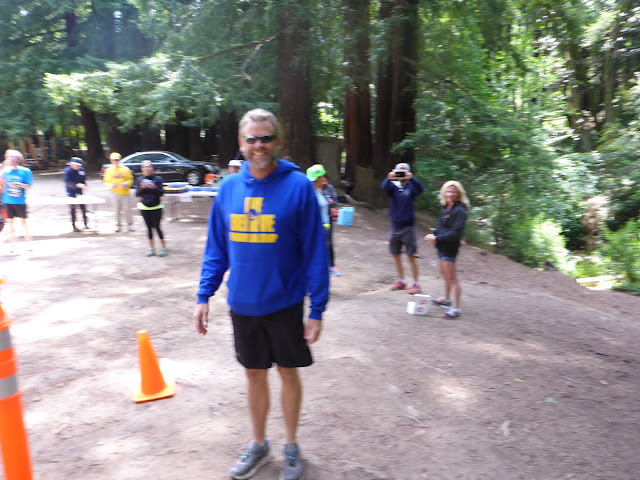 I stopped in at this aid station to top off my two soft flasks.  It took a bit longer than expected.  I think going down the stairs beat me up.  This was probably my longest stop, maybe three to four minutes.  Once done … it was back towards the stairs.  All 671 of them!!! 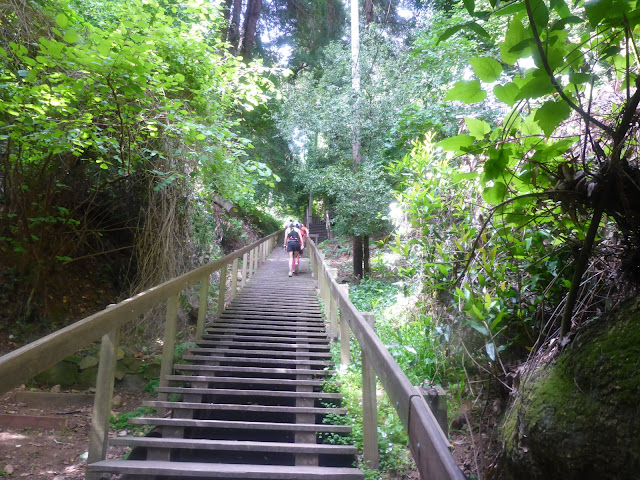 I slogged up the stairs and made the climb back up to Windy Gap, and then back down into Muir Woods.  Fatigue really started to set in – it had been six months since my last half marathon – and every step back up Cardiac Hill was pure agony.  To make matters worse, the humidity started to climb while under the tree canopy and things started to get more uncomfortable. 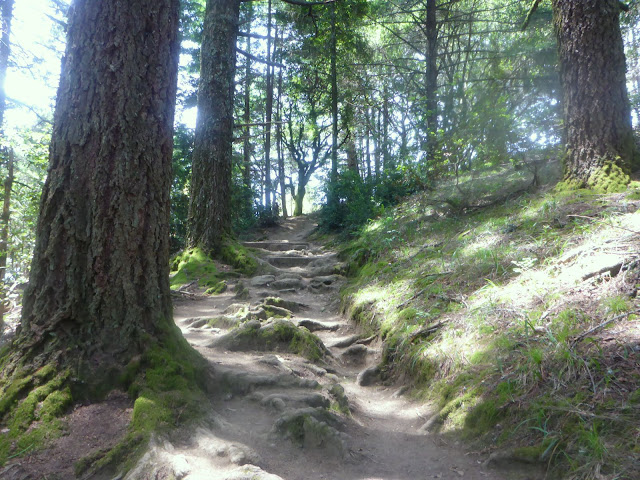 But I stuck with two people, both probably in their early 60s, trying to figure when we’d eventually emerge out of the tree cover and reach Cardiac Aid Station.  Once we did, the heat really hit us, and my Suunto Ambit was recording a temperature of about 83 degrees! 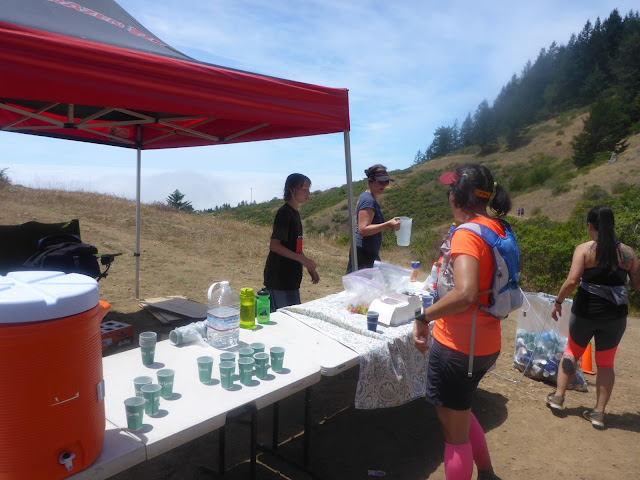 I spent about 30 seconds at Cardiac Aid Station, just to gulp down some water, and off I went…  The view for the next two miles was spectacular!  But the fog was taunting us by holding itself back as the heat of midday beat down on us. 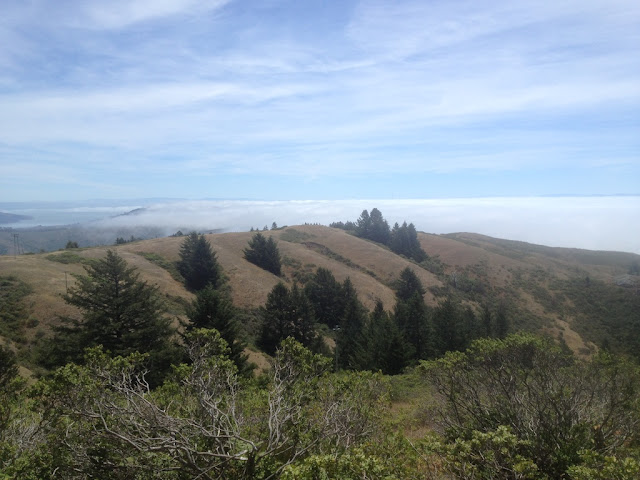 As I descended some more stairs towards the final aid station, my knees were starting to rebel against me.  Several of us had to take the steps very gingerly, because falling would have meant disaster. 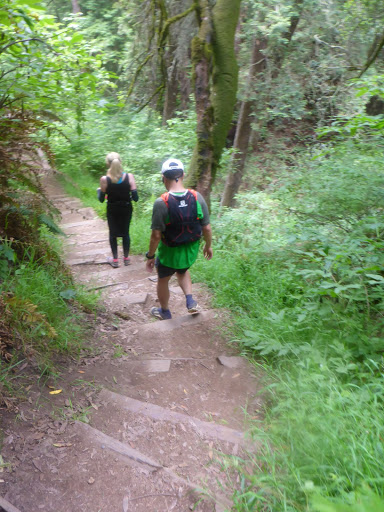 Pulling into the final aid station, I almost didn’t remember lining up for a hug and a photo with a friend, and then I was on my way… 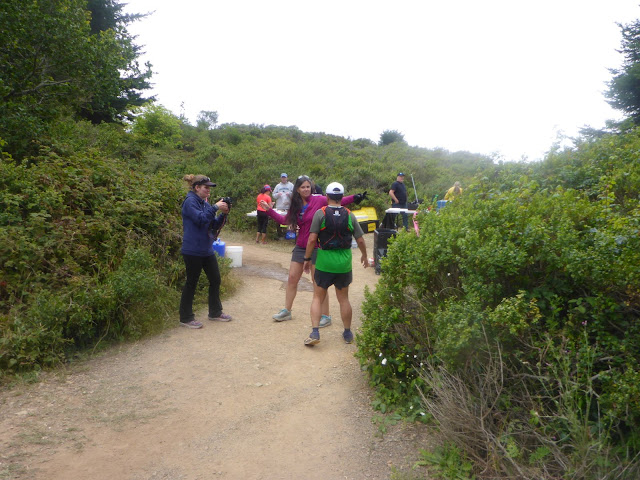 One final mile left.  And finally we descended back into the fog.  The sounds of the finish line were beckoning to us… 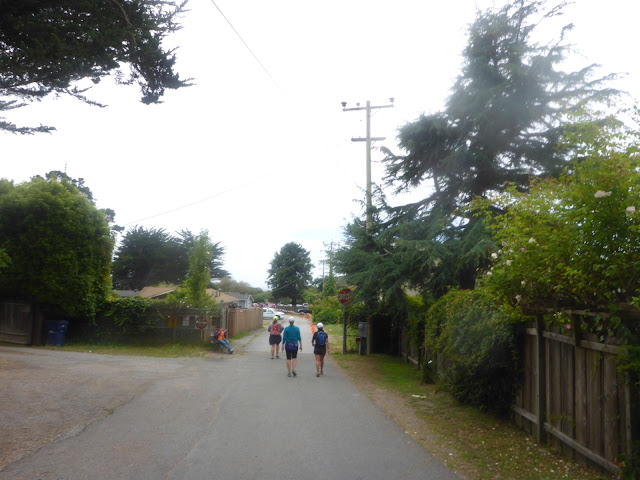 My final finish time was 4hr 43min.  Almost 30 minutes slower than last year, but I still finished about 30 minutes before the official cutoff, and that’s really all that matters to me.  I had some friends finish well in front of me who were also slowed down by the heat.  The Double Dipsea is a difficult race, but surprisingly not the hardest race I’ve ever done.  Will I do it again?  After I crossed the finish line, I vowed to volunteer only next year, but as I type this, I can feel the Dipsea fires welling up in me again… 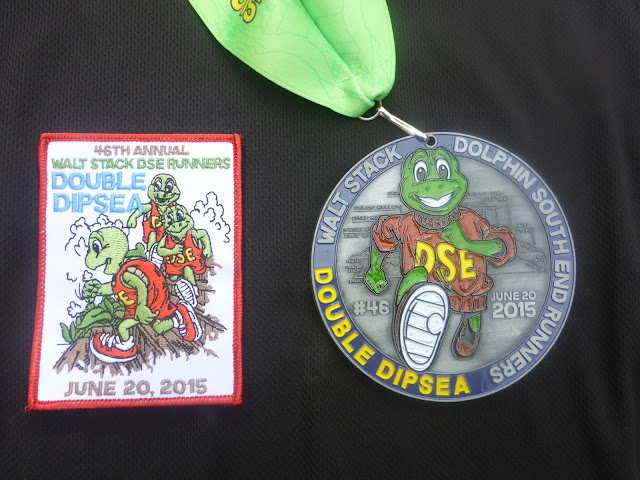 Thanks, Carolynn and Lori!  My legs are fully recovered and ready for the next challenge!

Thanks, Robert! I'm looking forward to next year's race!

Comment by Robert Burpee on June 27, 2015 at 6:45am
Congratulations Jay, fantastic effort & race report. Your words & photos transported me to the start line with you & I was with you the whole race. Your effort & commitment is inspiring to us all. Thank you so much for sharing & I know you'll be there next year too.